Superoxide production by cytochrome bc1 complex: a mathematical model1 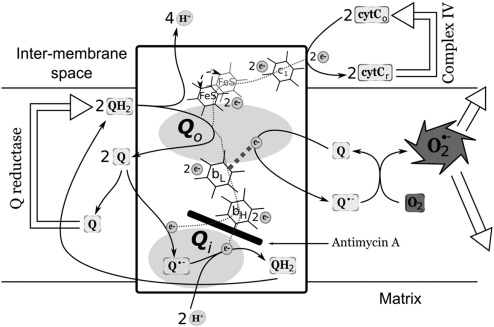 Inhibition of cytochrome c reduction by an occupied Qi site

Effect of the oxidation state of heme bH 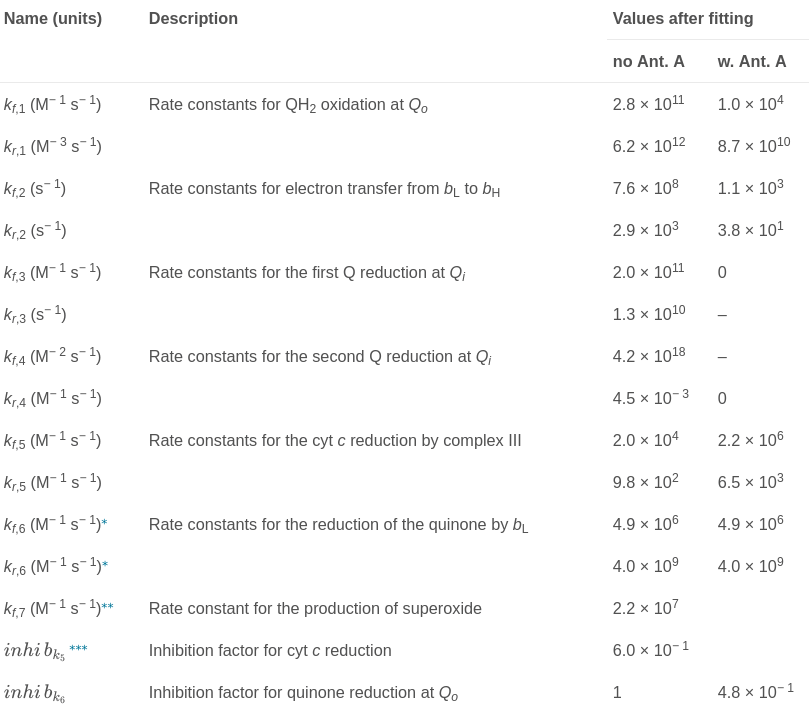 The model reinforces the hypothesis that superoxide formation by complex III involves ubiquinone as a redox mediator between cytochrome bL and oxygen. No semiquinone intermediate of the protonmotive Q-cycle at the Qo site is required to reproduce the experimental data.